Here at Southern Technological & Aerospace Research ‘STAR’ we are developing Advanced Technology of all fields. Starting with our World First Thermal Electric Jet Engine evolving not only conventional aviation but also supersonic aviation as well as other Revolutionary Technology that will help solve some of the worlds greatest issues faced today and into to the future.

Australian’s have always been an innovative people due to being isolated from the rest of the world and have invented such things as the Hill Hoist, Inflatable Escape Slide and Raft, Wi-Fi, Electric Drill, Black Box Flight Recorder, Cochlear Implant and Polymer Bank Notes being just some of the inventions that have helped shape the world and even though we are a small South Australian company we have big plans to help not only Australia but also the World through advanced technology and innovative thinking like our FireBolt Jet Engine.

South Australia is also the home of Australia’s Newly created Space Agency opening the doors for innovators and some of the worlds smartest people to develop new inventions for space travel like our FireBolt jet engine, as it will be the only option for planetary air travel when traveling to other atmospheric planet’s like Mars, due to not having to carry all the fuel required to power the aircraft as the power required can be generated from renewables like wind and solar which will be the only option to provide power for a Mars base which in turn helps to keep the planets environment clean without polluting its atmosphere while we are there exploring, as well as lower the cost dramatically for planetary space travel.

FireBolt is the worlds first Thermal Electric Jet Engine and is the Next generation of jet engine as well as the last generation until other forms of population are invented. The FireBolt Jet Engine will evolve aviation from population, aircraft design, speed, comfort and be the first environmentally friendly jet engine ever created. FireBolt requires only electricity to power it eliminating the need for fossil fuels, making all aircraft using FireBolt safer aircraft to fly. FireBolt will fly higher and faster than any other aircraft in the sky today opening the door for the first sustainable subsonic and supersonic aircraft for now and into the future. 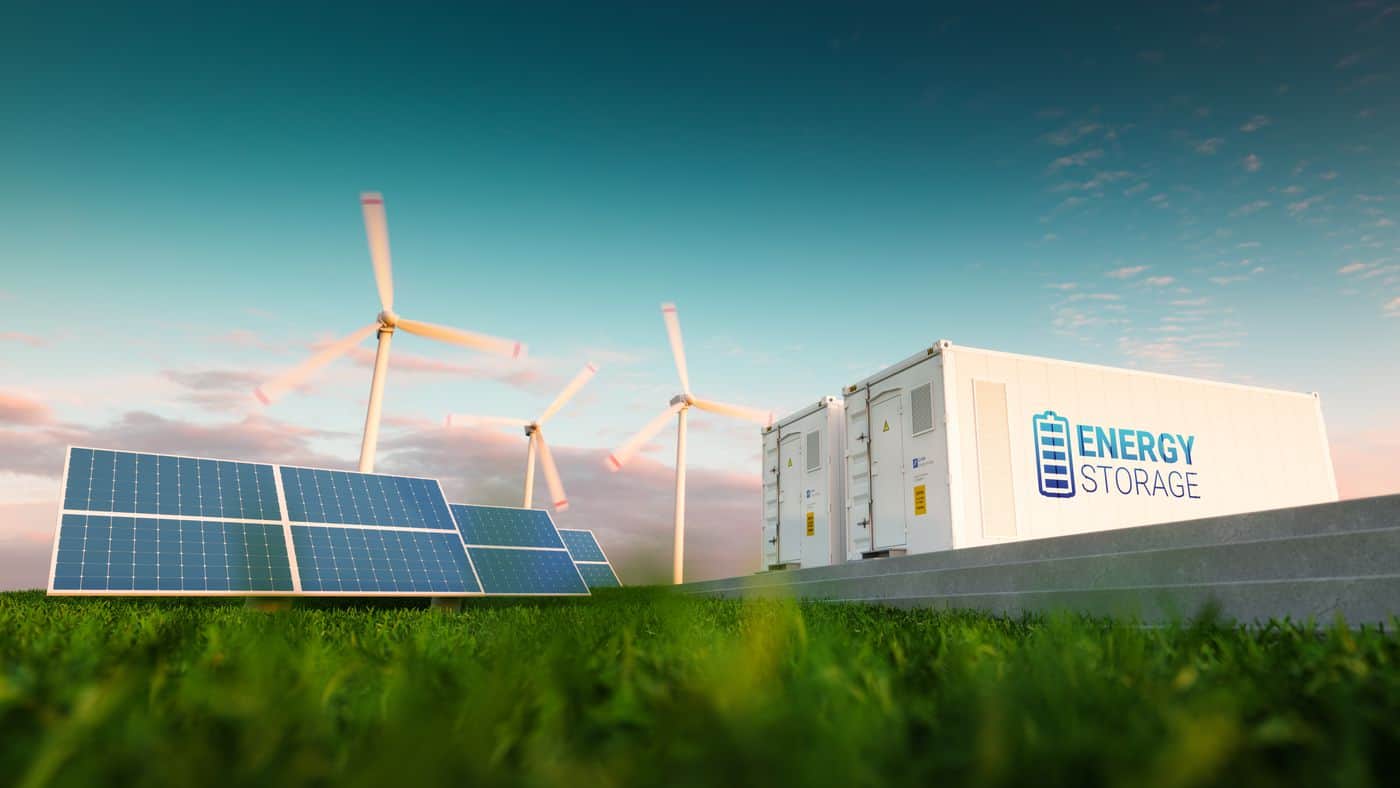 FireBolt can be powered by environmental friendly electricity from stored wind, wave, solar energy and other renewables as well as conventional electrical power plants. 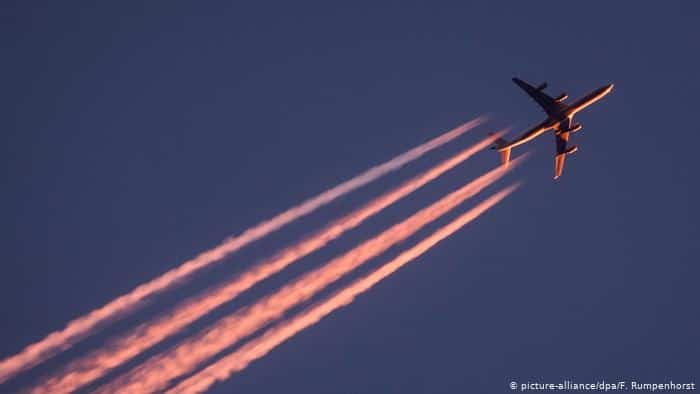 FireBolt is the first true eco-friendly jet engine as it doesn’t produce any pollution or chemtrails form the exhaust clearing the sky above. 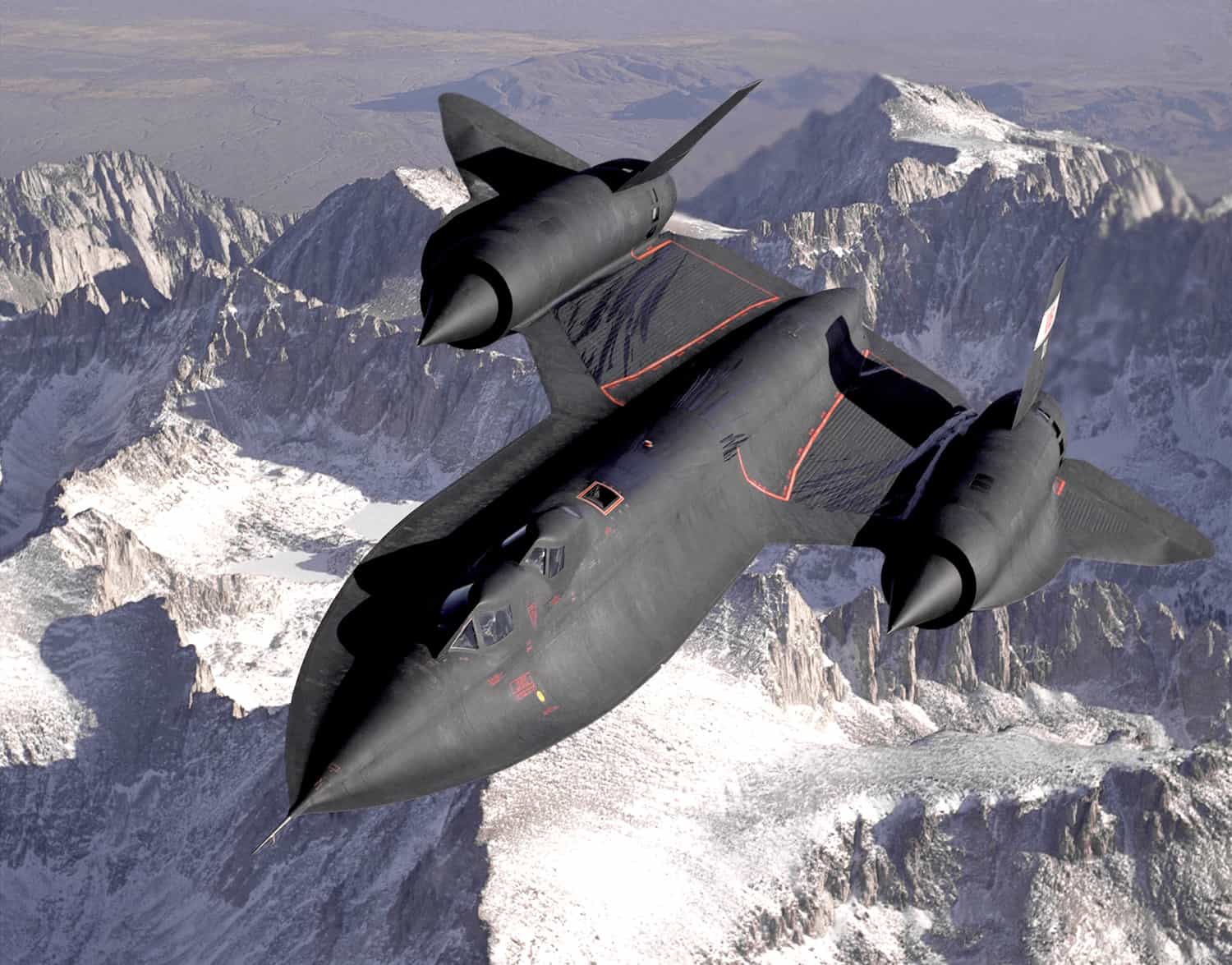 FireBolt can fly higher and faster than conventional jet engines as it doesn’t require oxygen from the atmosphere to power the jet engine giving the ability for high altitude supersonic flight. 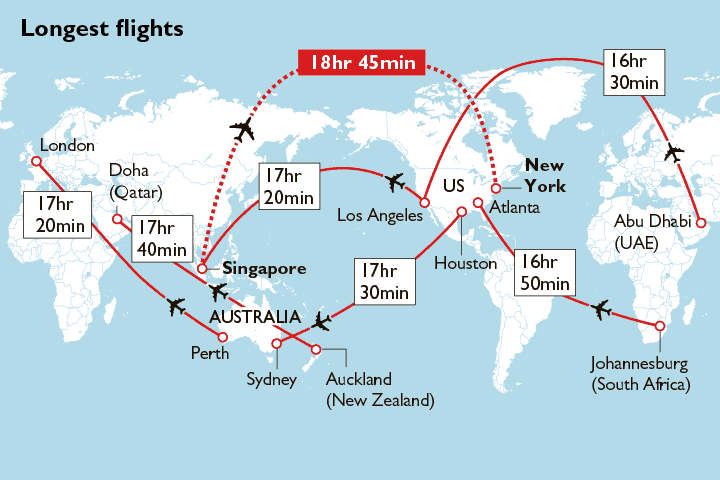 Making the World a Smaller Place

FireBolt will help the world become smaller place by cutting the flight times in half making it easier to attend that business meeting, attending a wedding or going to faraway lands to explore and holiday or surprising the ones you love with a visit. 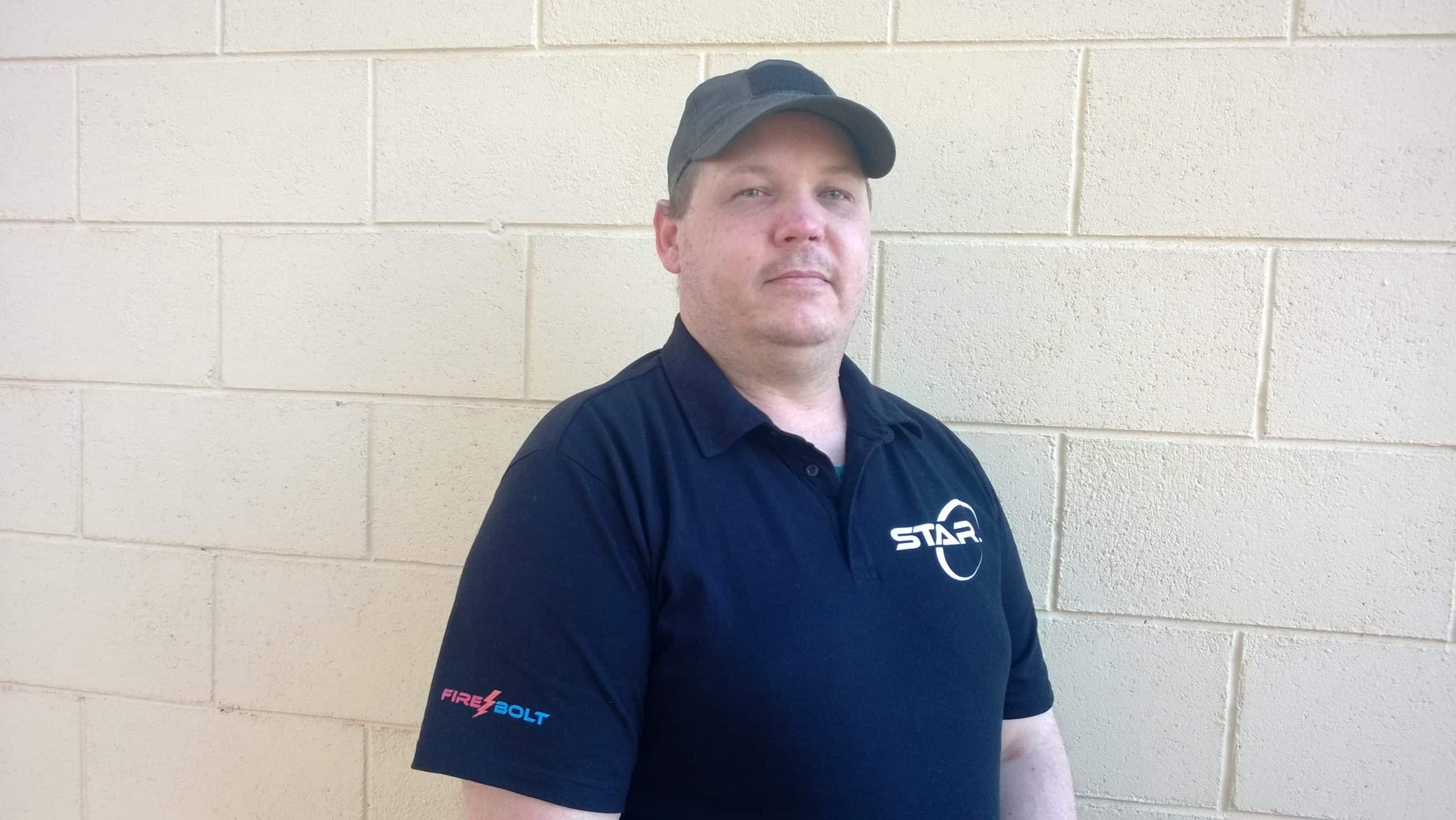 Daniel Arnold is an inventor and problem solver at heart with passions in Technology, Aviation, Racing and everything Space, STAR has been created to develop and produce world changing technology that will help the world evolve to a cleaner happier future.

As a child Daniel would get himself in trouble after pulling apart toys and whatever he could get his hands on to see how it worked and got inspired to build other things from all the parts.

In 1992 after graduating to Woodville high school Daniel joined the Australian International Pedal Prix where you had to build a pedal powered car and race it for 24 hours, Daniel was part of the first team to ever build an electric car where it was powered by the team peddling a generator in the pits and charging the batteries which powered the race car culminating to the fastest straight speed of 82.3kms reccorded by police radar gun and starting a new wave of thinking over the next few years within other pedal prix teams.

After receiving a 3d Printer for his birthday in 2016 he has been developing his skills and started building FireBolt and in 2019 created Southern Technological & Aerospace Research.

HOW DOES IT WORK?
Well i cant tell you the exact way it works as its a secret but FireBolt is a Thermal Electric Jet Engine, meaning its a jet engine that only uses electricity to produce the heat and thrust where otherwise jet fuel would be used.
WHY DO WE NEED THIS TECHNOLOGY?
Air travel produces up to 24% of the air pollution produced every day from burning fossil fuels which fluctuates in cost / supply and has direct links to health problems for everyone round the world, FireBlot Jet Engine can be powered by 100% renewable energy sources like wind, solar etc with the cost being much more stable and reliable helping to lower the price and reliability of low fare air travel.
HOW IS THIS TECHNOLOGY BETTER?
All jet engines have a inherent problem is the faster you go the hotter the air becomes and hot air dosent mix with fuel and burn so the air coming into the jet engine has to be slowed and cooled before mixing and burning but with our engine we dont have to cool the air making a more efficient, faster jet engine. The removal of fossil fuels to power this engine eliminates all pollution and chemtrails coming from our jet engine cleaning the air we breath and creating a cleaner future. Not only will FireBolt change air travel for the whole world but will also be the only jet engine option for planetary air travel on Mars and other atmospheric planets.
HOW ARE WE FUNDED?
We are funded from donations from the public so these technologies can be created quicker and not shelved like so many technologies before.
HOW CAN I HELP
I wont lie it will be hard to take on the big jet company's like Rolls Royce and General Electric with RnD budgets of hundreds of millions per year, But by donation $5 and helping to spread the word about what we are creating then this project could be funded and built in less time than people think. The Power is in your hands, So help spread the word and lets build a better future together for everyone. 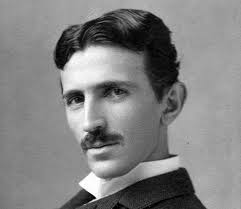 "I do not think there is any thrill that can go through the human heart like that felt by the inventor as he sees some creation of the brain unfolding to success."
Nikola Tesla
Inventor 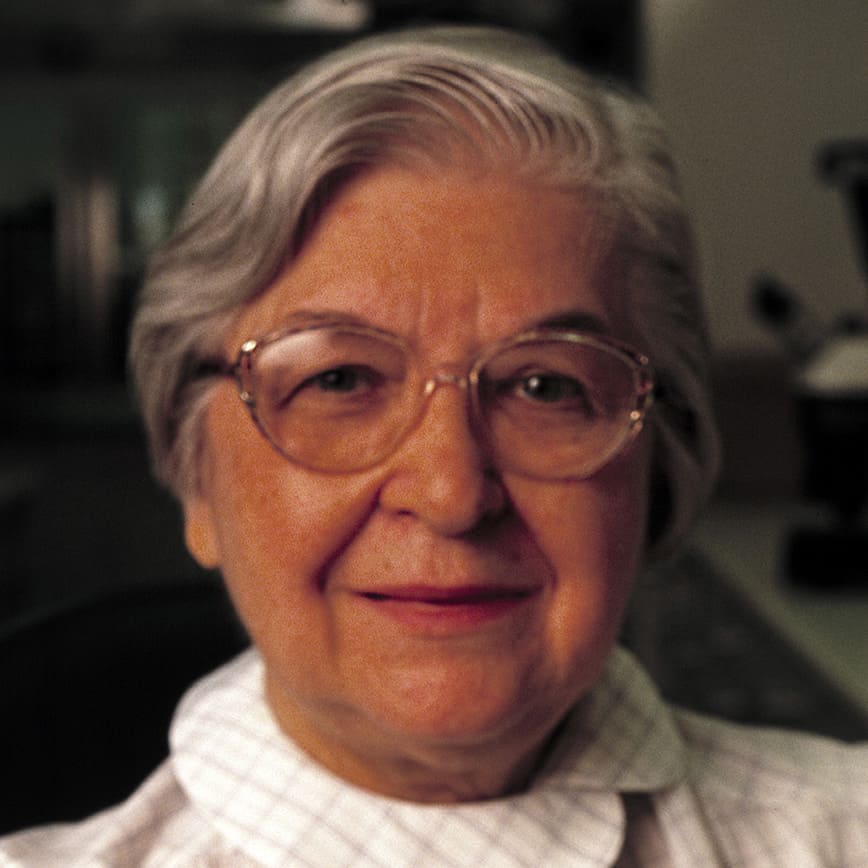 "I tell young people to reach for the stars. And I can't think of a greater high than you could possibly get than by inventing something."
Stephanie Kwolek
inventor

We Can't Do It Without Your Help

For the last 150 years we have had so many forms of technology shelved, stopping us from advancing and living healthier, cleaner, happier lives. This is why we need your help. By gaining donations from you, the public, it will allow us to build and develop world changing technologies- without being held back by large corporations, who used to be the only option to gain the necessary funds for a project such as the FireBolt.